There’s rumours of the NX working with smartphones, PCs, and even competing games consoles like the PS4—now possibly being a universal controller crossed with a handheld or something like that—as well as a recent patent that shows a controller with a touchscreen across it’s face, and there’s even talk of the console being a home/handheld hybrid system, among other things.

And if it turns out the NX actually is some kind of universal console/PC controller that’s also a self-contained portable then I’m calling it now that I thought of something just like that a long time ago, and it’s from the same two main designs that I’ve brought up time and time again recently.

So, I figured I’d post a few of the designs again, just for fun: 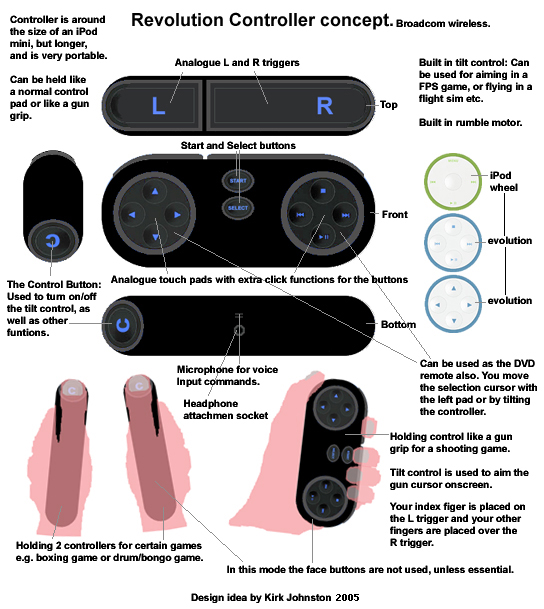 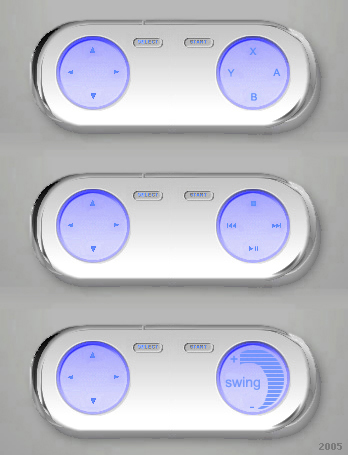 The images/designs above were submitted to an IGN competition requesting users to design a controller for the then newly announced Nintendo Revolution console, way back in 2005 (this was before the Wiimote was revealed). Although I actually came up with my designs earlier than that, particularly the Wiimote-like controllers (you’ll just have to trust me):

I then modified those designs in multiple ways over the next few years:

The three screen design above still has fully customisable displays for each of the screens, so you can basically have almost any configuration you can imagine (and not just obvious buttons either). And what about those four coloured buttons/lights on top. . . . What could they possibly be used for? 😉 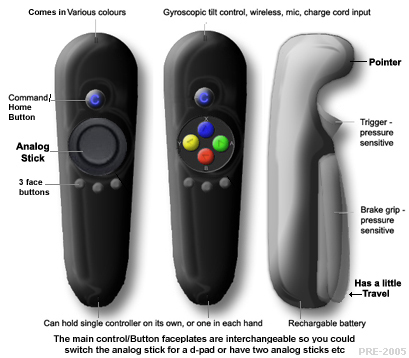 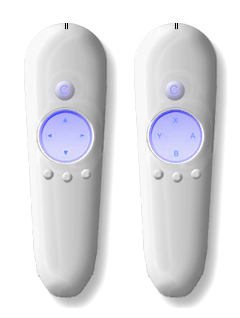 Notice the mention of interchangeable circle control pads/areas in the slightly modified motion controller above. You can use the standard touchpad just like those on the new Vive controller, or change them out for two analog sticks, or even swap the left pad for a d-pad and the right pad for a four button configuration, allowing you to play retro games like those on the SNES with ease.

Some interesting ideas, in my not so humble opinion.

So, Nintendo may have a new console that is basically a universal gaming controller that also doubles up as its own portable gaming system (with a few other bits and bobs)—and to be clear, it could just as easily be absolutely none of the above—and I’m just saying “Been there, done that.” 🙂

The design below was conceived as a small, roughly iPod Mini sized universal controller, which could be played with any console or PC, as well as being its own self-contained portable console. It would be capable of playing simple games like Tamagotchi, Tetris, Game Boy quality games, and the kind of stuff you can now find on most smartwatches. There would also be a rather novel and possibly in-built game too. I won’t mention specifics other than to say it uses all three of the screens in a pretty neat way.

It would even work as a proper mouse on PC, via the little tracker balls on the back of the design (you simply lay it back-down on the desk and slide it around): 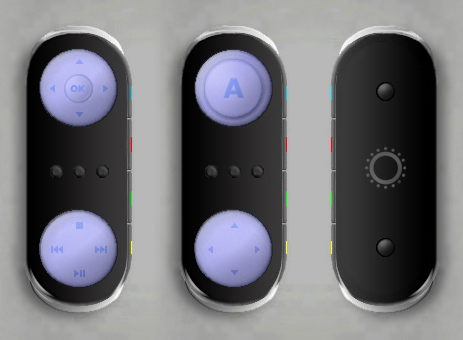 And there’s even more to the designs too (both the motion controller and the gamepad), but I guess I can wait till some other company comes up with the same neat idea to point out the elusive obvious in my images/designs above. 😛

Now, obviously my designs aren’t identical to anything that’s currently rumoured for the NX, and it’s clearly not going to match up anywhere near precisely with the final NX console (I can’t actually see the future), but I’m just saying: Ahead of the Nintendo/NX curve, again!