The Game Boy Advance was a pretty robust Nintendo handheld console with three major system revisions and sales of over 80 million units, and it was host some of the greatest portable games ever made.

So, let’s look at some of its finest titles. First, the Runners Up/Special Mentions: Here’s a few games that didn’t make the Top 10 list but are still some of my favourites on the system: 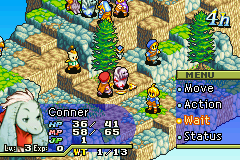 The Legend of Zelda: The Minish Cap 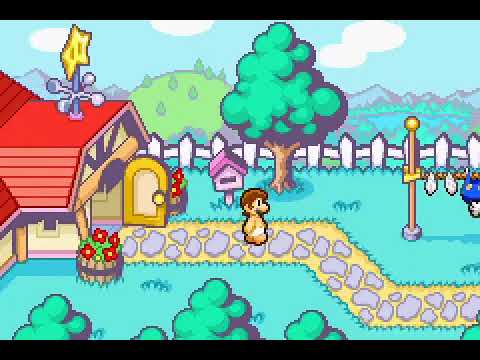 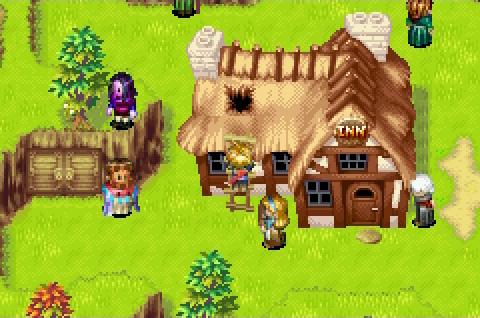 Astro Boy: Omega Factor is a surprisingly enjoyable action platformer, especially considering it’s a licensed game, which usually don’t turn out so great. But, it was developed by Treasure, the company responsible for many brilliant old-school shooters (including classics like Gunstar Heroes, Guardian Heroes, Sin and Punishment: Successor of the Earth, Ikaruga and more) so that explains the all-round high quality. The presentation is top notch, the pixel art very pretty, the action intense, and the challenge significant but satisfying. It’s worthy of being on any GBA top games list.

9. The Legend of Zelda: A Link to the Past and Four Swords 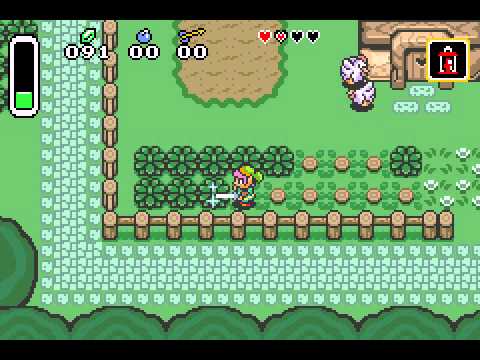 What can I say about a game like A Link to the Past that hasn’t already been said. It’s one of greatest RPGs ever made, on any system in any time, and it’s brilliantly translated to the Game Boy Advance here too. Along with the standard game that’s pretty much a perfect port of the SNES original, there’s also the addition of the Four Swords multiplayer mode that allows up to four players to link up their Game Boy Advances and play together through specially made levels, working together to solve puzzles and traverse obstacle filled areas. The superlative Zelda gameplay holds up brilliantly in both modes and that’s why it’s one of my top games on GBA. It would actually be higher on my list if it weren’t ultimately a re-release of an old SNES game; so you can jump it up a few places if the GBA version was/is your first time playing this classic. 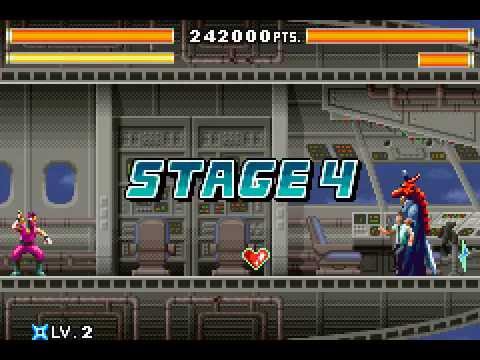 Ninja Five-O feels like a mix of Shinobi, Rolling Thunder, and Bionic Commando, with various elements from each game brought together in one really compelling package.  One of the standout mechanics is the grappling hook that works similarly to the one in Bionic Commando but feels a lot more fluid and responsive. There’s some really satisfying plaforming and shooting action to be found throughout the game’s 20 levels. It might be an amalgamation of old staples but the end result is a game that at times even surpasses many of those classics that inspired it, and it still manages to feel like its own thing too and even something new and original at the same time. A rather great achievement and a GBA game that shouldn’t be missed. 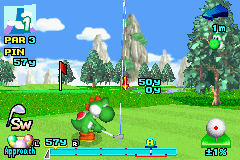 There’s not that many sports games I particularly enjoy but something about this golf game on GBA really clicked with me. I think being able to play at my own pace and really get into it actually helped a lot; it’s almost meditative. And, more than being just a really great golf game, there’s a pretty compelling RPG element to this title too that adds a whole other layer to the already very enjoyable golf portion of the package. The Mario wrapper also brings its own charm and instant appeal to proceedings, with lots of familiar characters to discover in the world and some loving nods to the franchise’ history found around the various locations and courses. You can tell the developers really tried to make something special here, and they did.

Super Metroid is a game that often appears near the top of most “Top Games of All Time” lists, deservedly so, and there were times playing Metroid Fusion where I felt it actually bettered Super Metroid. I don’t think it’s a better game overall, but when it’s on top of its game it really is brilliant. Everything about the game is made to the highest quality: The cinematics set the scene perfectly (in fact the presentation is top-notch throughout), the sprite art is some of the best on the system (as are the graphics in general), the music is as brilliant and atmospheric as ever, and the gameplay is classic Metroid with a few little tweaks and additions to the formula that really add to overall experience (the ledge grab being immediately appreciated). The sense of drama and tension that the game manages to achieve, for something running on the diminutive GBA screen, is extremely impressive. And the SA-X in particular is an awesome nemesis; it’s relentless, at times rather terrifying, and it hunts you down like the Terminator: “It can’t be bargained with. It can’t be reasoned with It doesn’t feel pity, or remorse, or fear. And it absolutely will not stop, ever, until you are dead.”

Now here’s a great example of software selling hardware. Some people may have questioned the appeal of sticking a tilt controller with sophisticated rumble in a handheld games console before WarioWare: Twisted! came along, but not afterward. Much like Wii Sports really showed us why the Wiimote and motion controls were something we had to have in our gaming lives, WarioWare: Twisted! was a perfect demonstration of just how much fun tilting your Game Boy Advance system around to control in-game actions could be when applied to a genuinely great game design. The level of innovation, novelty, and fun to be found in this game is unmatched by most other games out there—and when I say “fun” I really do mean it. I defy anyone not to have a constant smile on their face while playing some of the mini-games in WarioWare: Twisted!, such as playing the first level of Super Mario Bros. in a rotating level, or shaving a man’s stubble by rotating the GBA around to move the electric shaver around his chin. Beyond the main 5-second mini-games, there’s also a bunch of extra “toys”, “gadgets”, and other stand-alone mini-games to play around with too, which often offer slightly deeper and/or longer versions of the shorter mini-games. So much fun and joy crammed into one package; it absolutely stands as one of the best games on GBA.

I can’t quite decide if WarioWare, Inc. or WarioWare: Twisted! is the better game, but this game was the originator of the series so it gets the nod in this list; it basically created the micro-game genre (or at least if feels like it did). There’s just something so compelling and addictive in that five second burst of action you get with each mini-game to be found here. And some of them are so crazy, and so silly, and just so much fun that there’s a joyous quirkiness to the WarioWare games you rarely see in other games, which is something that can’t be praised enough. It also still amazes me how many different mini-games are gathered together in these WarioWare titles; many of which could absolutely be taken and turned into standalone games in their own right. This almost literally was the case with the hugely popular Fruit Ninja game on mobile devices, which is basically just a carbon copy of one of the mini games in WarioWare: Touched. What a great game, a great showpiece for simple short-burst handheld gaming, and it’s absolutely worthy of being so high on this list.

This is the Pokemon game I’ve easily put the most hours into, and not because it’s necessarily the best (all the main games in the series a equally brilliant)) but more because of how much time I spent gaming on my GBA in general. This was one of the many titles I sunk countless hours into, and it was absolutely worth it. There’s so much to love about the Pokemon games, and Pokemon Ruby added a lot of little tweaks here and there that really refined the formula: The two-on-two battles added a new layer of depth and strategy to the battles, as did the “hold” items; the beauty contests were a fun mini-game; and I really loved the random news updates that would appear on TVs throughout the game and mention your adventures and achievements in news articles (it was a nice personal touch). Oh, and the number of Pokemon you could catch was still at a relatively reasonable number at this point in time too; now it’s just way beyond my level of commitment. Pokemon is one of those games that, to some people, looks “kiddie” on the surface but is actually extremely deep and rewarding for anyone that decides to jump in. I’d say Pokemon, Ruby included, is one of the very best RPGs on any console.

A near perfect game; it basically would be perfect if it weren’t for the CO powers that I personally felt got a bit random and unfair near the very end of the game. Other than that though, it’s one of the best RTS games I’ve ever played. There’s just something about the whole look and feel of it that I really love; that top-down grid-based map, with all the little units subtly animating, and then the switch to the more zoomed in and detailed action scenes during battle. And the gameplay mechanics are amazingly deep and well crafted for a game that, much like Pokemon above, might look “kiddy” to some people at first glance. But this ain’t no “kiddy” game; this is a game that I would highly recommend to gamers of all ages. If you’ve ever considered yourself an RTS fan at all, you owe it to yourself to try this game. Also, if you love the Fire Emblem games but haven’t played this title yet—you really don’t know what you’re missing.

Unless you live in Japan, you can’t even play this officially because Nintendo hasn’t saw fit to grace all the English speaking people of the world with a version of the game they can actually understand, but it still tops my list thanks to the stellar fan translation. Mother 3 is not just my top game on Game Boy Advance, it’s also one of my top games of all time on any platform. I can’t praise this game enough. Every single area of the game is brilliant, from the gorgeous presentation and graphics (with great sprite work and lovely animation throughout), the amazing music (there’s some really catchy and emotive scores), to the highly enjoyable gameplay (particularly the timed-music battles), the both funny and heart-wrenching story (you will laugh, and you will cry), and even the greater/deeper significance of the game’s underlying moral message (this isn’t just a “game”; and it laughs in the face of a claim by someone like Roger Ebert that games can never be art). And, brilliantly, it’s actually more relevant now than ever (as is often the case with truly great works). This game really is a work of art through and through, and it’s something that I think every gamer should experience. You seriously owe it to yourself to give it a go if you ever have the chance.